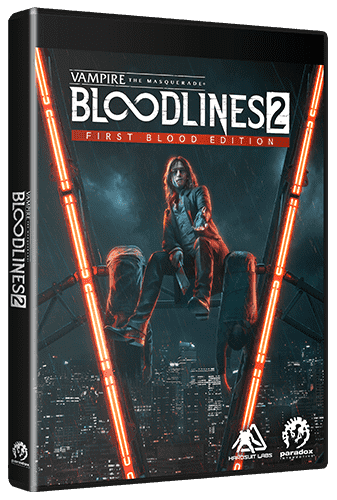 Pre-Order to get the First Blood Pre-Order Pack 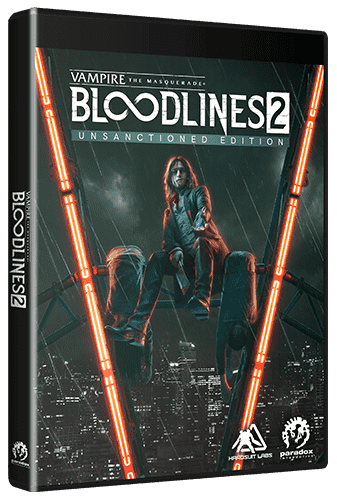 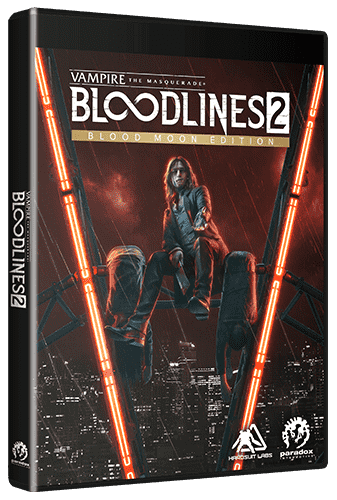 Get 24 hour Early Access, the First Blood Pre-Order Pack, the Unsanctioned Blood Pack and the Season of the Wolf (Season Pass)

The Season of the Wolf includes two upcoming Story Packs, as well as one major Expansion in which the vampires' greatest enemy enters Seattle. You will also receive the exclusive Bludgeon Weapon Skin on day 1. 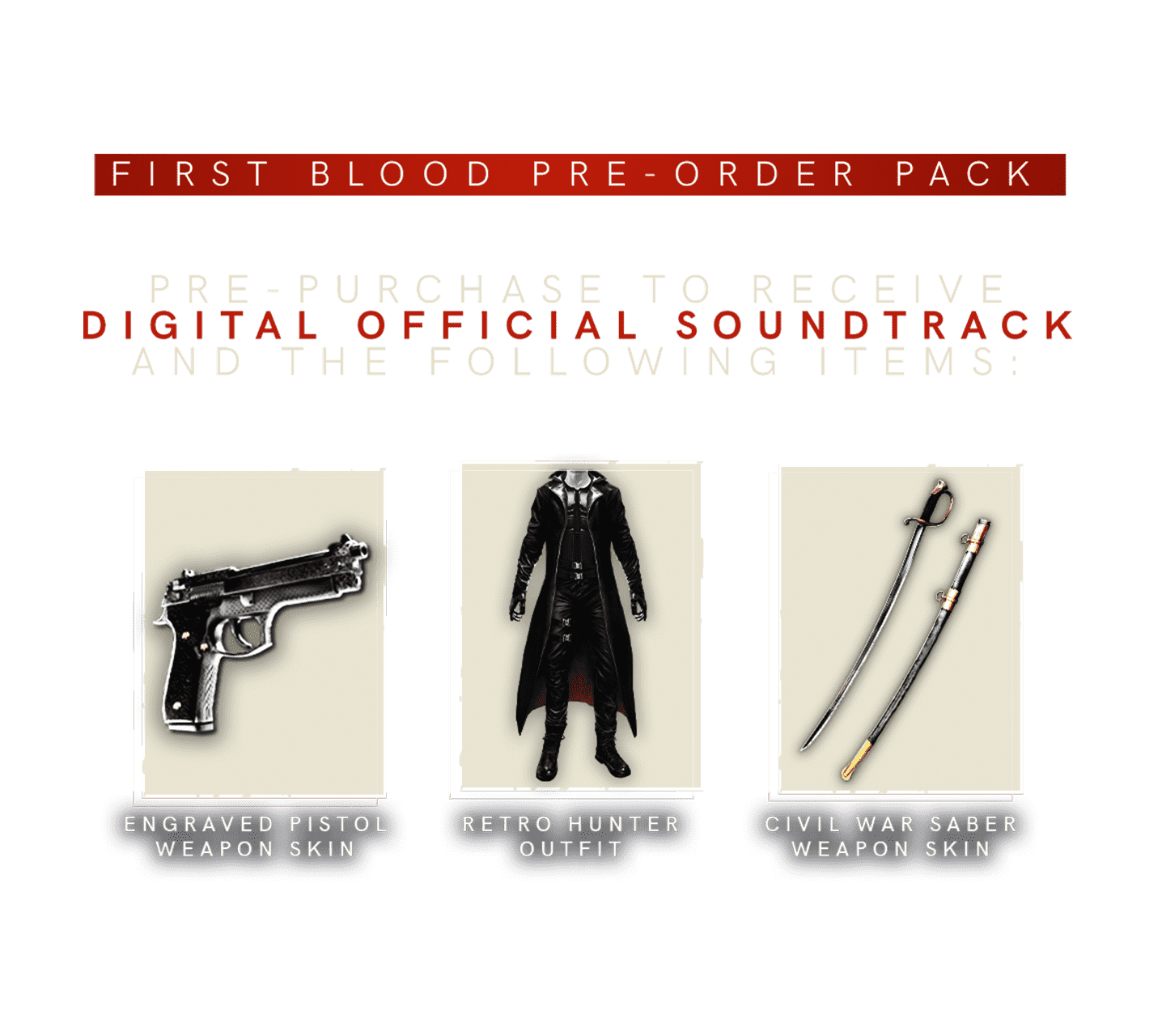 PRE-ORDER TO GET THE FIRST BLOOD PRE-ORDER PACK

Be among the first to enter the World of Darkness! Seattle has been under Kindred rule since the 1850s. Pre-order to get the First Blood Pre-Order Pack to equip yourself from a darker, bloodier time. 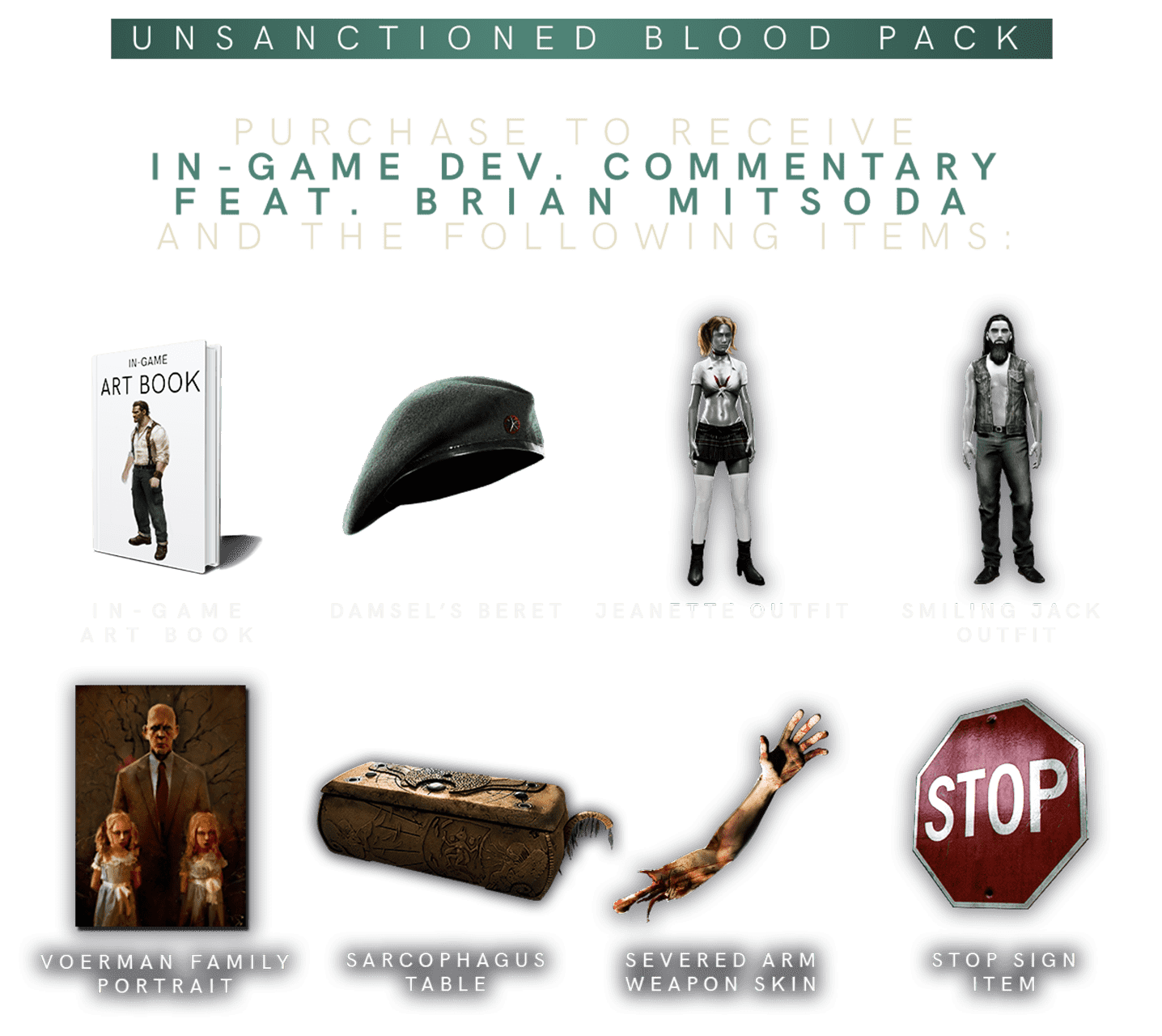 INCLUDED IN THE UNSANCTIONED EDITION AND THE BLOOD MOON EDITION

You are Unsanctioned Blood: a vampire created in an attack that violated every rule of the Masquerade.

With the Bloodlines™ 2: Unsanctioned Blood Pack, call back to another, older Unsanctioned vampire's journey through the City of Angels. 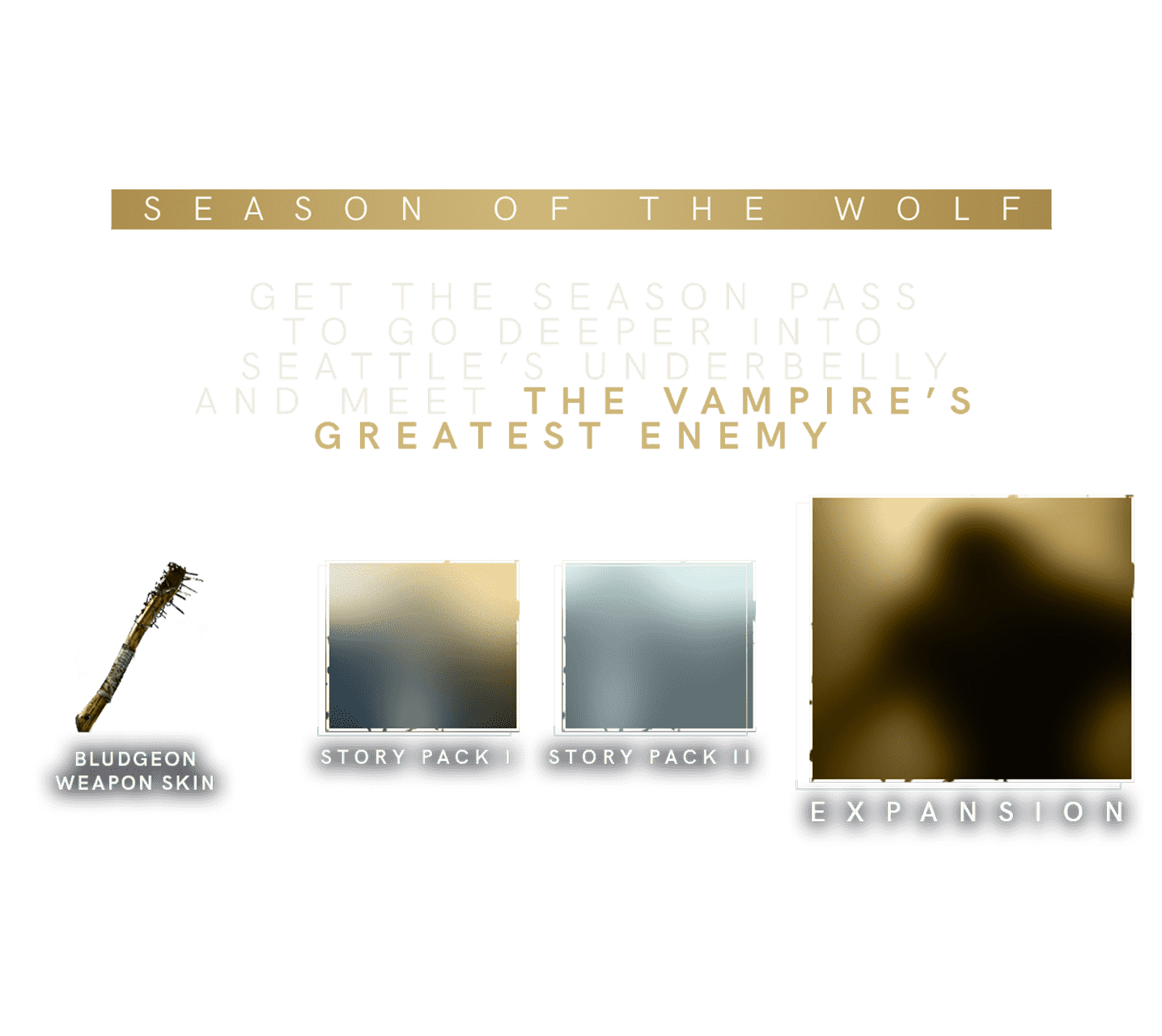 SEASON OF THE WOLF

INCLUDED IN THE BLOOD MOON EDITION

Strange beings have ventured into Seattle, and threaten the Masquerade. Expand your Vampire: The Masquerade® - Bloodlines™ 2 story into the Season of the Wolf.

The Season of the Wolf includes two Story Packs which will take you deeper into the underbelly of Seattle and introduce some of the more fantastical denizens from the World of Darkness, and One major Expansion in which the vampires' greatest enemy enters Seattle. Also included is the "Bludgeon Weapon Skin", available at Day 1.