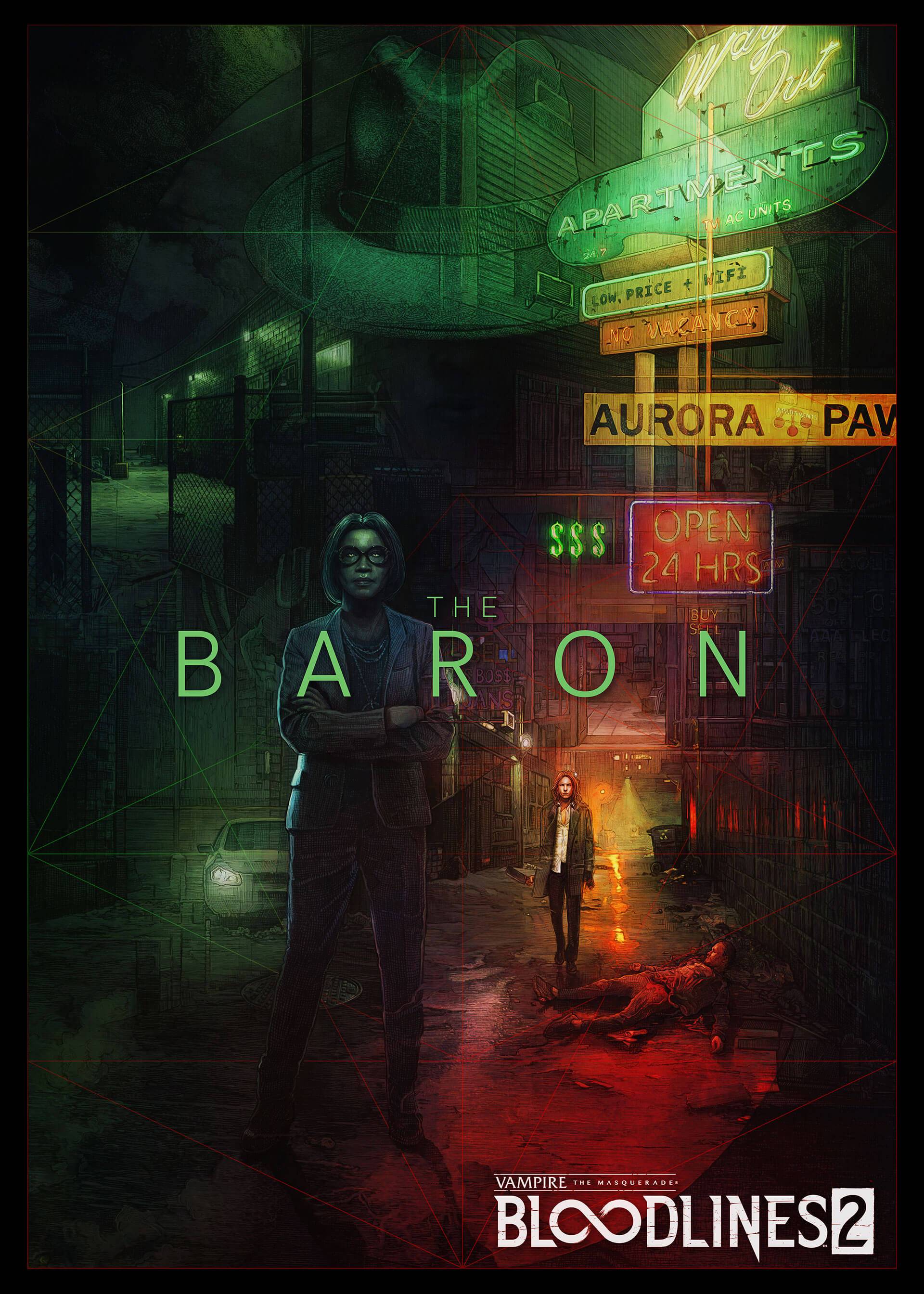 It’s hard to know just how many vampires swear allegiance to The Baron of Aurora. In parts, that’s because very few of Seattle’s Kindred have actually met him. Acting through his lieutenants, he has taken in the city’s destitute, defiant and desperate, turning them into a ruthlessly disciplined force with hands in every shady deal.

Where a less prudent man might turn such capital into a bid for Princedom, he has so far been content to stay in the back-alleys of his turf, hoard favors, and brutally defend his business interests.

“You’re in the game now son. Ever since the night you got bit. That’s just how it is now.”

- Josephine, lieutenant of the Baron

Nobody likes the Baron and his people - until they need something done or procured quietly and quickly. Someone will play this part, in any city. Many of Seattle’s powerful tell themselves that it’s just as well to further indebt yourself to the Devil you know.

The Baron has no illusions about his own security: While seemingly unassailable now, his strength will remain only as long as he stays ahead of all competitors. If he ever shows weakness or becomes unreliable, his whole operation is going to fall, beginning with him.

Discover the next faction