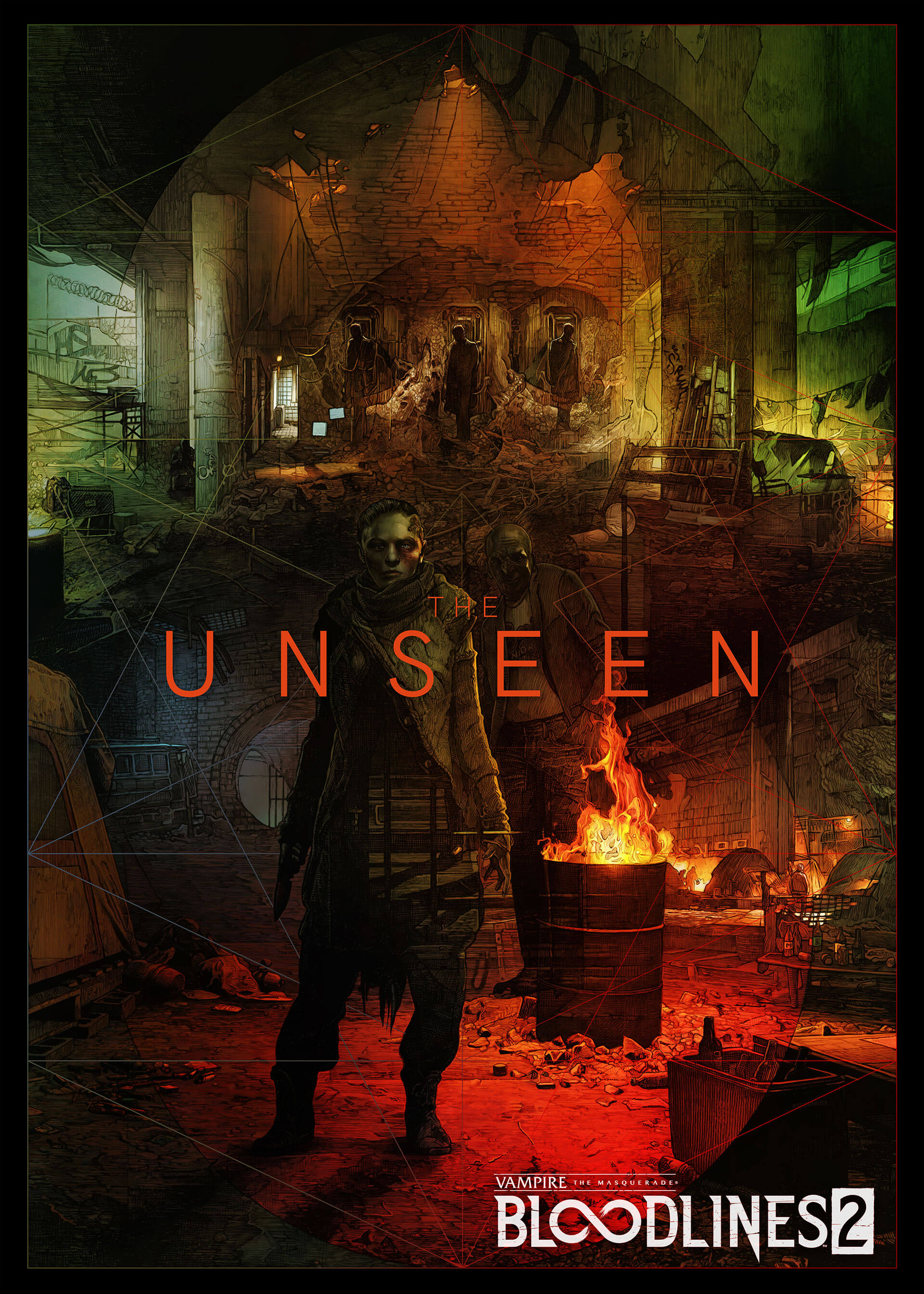 “THERE IS ALWAYS TIME.”

- The Council of Three

No other faction of vampires in Seattle looks out for their own like the Nosferatu. What else can you do, if nobody else will even look at you?

For as long as there has been a Seattle, there have been some that didn’t suit the Pioneers’ vision of a place made of art as much as brick, glass and iron. The misshapen members of clan Nosferatu never had a chance to fit in. They were encouraged to stay out of sight: In the outskirts, the shadows and - as the city grew - its Underground.

Seattle has been a city of drifters, transients and homeless for almost as long as it has existed. By and large, people just look the other way. The Unseen walk among these unfortunates, hidden in plain sight to vampire and human alike.

For more than a century, the Unseen have been led by the Council of Three - or "The Speakers" to the Nosferatu. They helped their people survive among the homeless and loners of the city. While the rest of Seattle’s vampires took pains to ignore them, these Unseen grew into a faction, began trading secrets… And grudges.

Today, the Council has left much of the Nosferatu’s operation to younger vampires more adept at gathering intel in modern nights. Where the Unseen used to be composed of thieves, frauds and homeless, they now also include journalists, engineers and hackers.

The Unseen have been here for a long time, and they see everything. They know what you did, why you’re trying to hide it - and who’ll pay to find out. The group would be a potent ally to the vampires of any other of Seattle’s factions - if they can be found.

Discover the next faction